This morning I woke up to a snowy garden, about four inches had accumulated overnight. This is the first snow of the winter, which is very late for us, sometimes it appears in October. 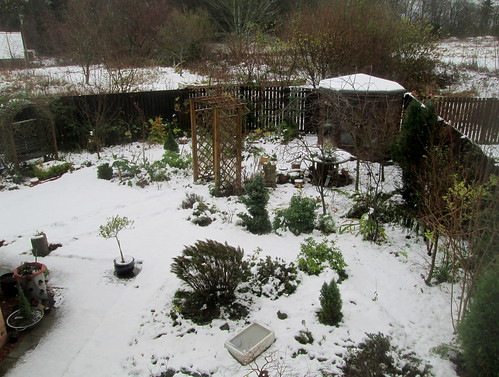 There was actually thundersnow which woke Jack up but I slept through it. 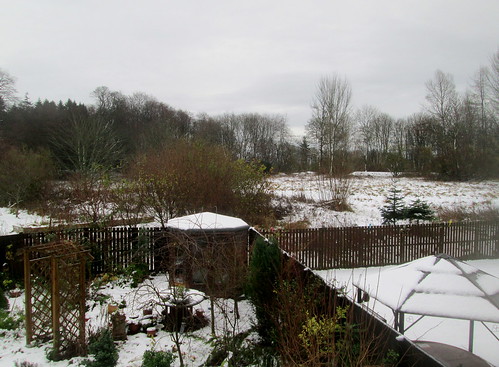 It does look pretty and I’m glad that I thought to take some photos of the garden as it started to rain heavily this evening and it has all been washed away now. Luckily I managed to get my fuchsias under cover just yesterday afternoon, I must have known it was going to snow! 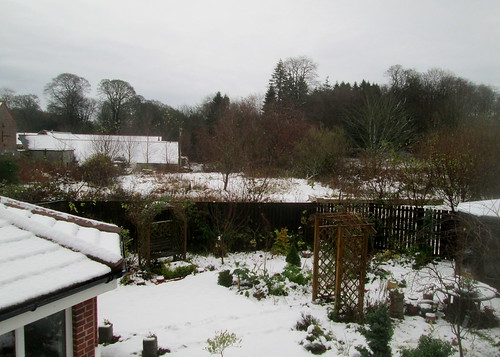 A couple of weeks ago we saw four deer together close to where we now live, that’s the most we’ve seen at any one time, the same day one jumped out of the undergrowth right in front of us, it was being chased by a dog but luckily its owner called it off and it was an obedient dog. 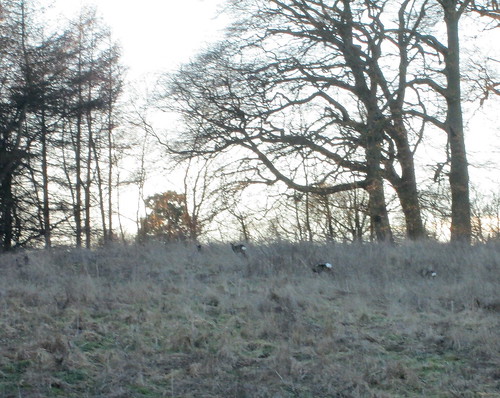 But now look what has happened, I knew it would snow, just as everything was growing nicely in the garden. 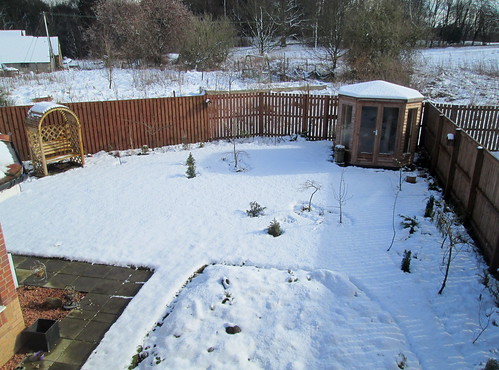 As you can see it had already begun to melt away by lunchtime. We got about three inches of snow which I know is nothing compared with other people but I’m longing for the spring and as it’s March it should be getting warmer, not colder. My new fruit trees are all showing signs of growth too, I suppose it could be worse, they could be flowering and frosted flowers would mean no fruit at all. The two bird boxes which I’ve attached to the fence have been getting interest from the blue-tits, I hope some of them decide that they are just the sort of des res that they are looking for. 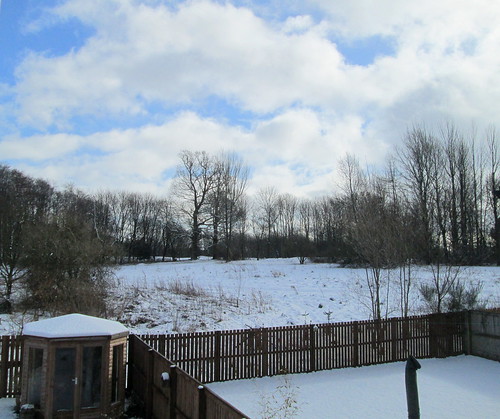 So it was a day for indoors, I actually baked Joan’s Muffin Surprise and also some treacle scones, the only kind I’ve had much success with in the past. I’m going to try cherry scones soon though.

Here’s a photo I took a few weeks ago whilst out on a walk. I was amazed and a wee bit trepidatious when I saw this woman coming along the path with a whole load of loose dogs, not a lead in sight. She had nine dogs – seven Border collies and two Border terriers, but I had no need to worry because she was top dog and she had them under complete control, which is more than can be said for a lot of dog walkers. God alone knows what her house must be like with that lot though! 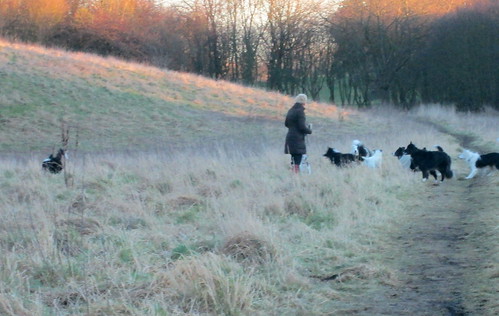 By the way I was checking the spelling of trepidatious (or trepidacious as an alternative) and found this thread. I was surprised it was first noted only in 1904. That’s the sort of thing that interests me but it might not anyone else. Own up if it does.