At last the Dutch bulbfield jigsaw puzzle is finished and I have to admit that if it had been up to me I would have given up on it – that would have been the first time ever, but Jack was absolutely determined to finish it so when I got too frustrated and cross-eyed with the sky he went on with it. There was even an extra piece! You can see that off to the side in the photo. 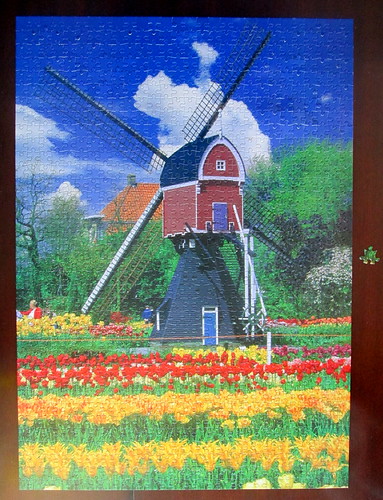 The actual puzzle looks far nicer in reality than it looks in the photo, it’s very detailed, but the photo makes it look cartoonish to me. It’s definitely the last of the season – even if we do get more snow – which I sincerely hope doesn’t happen.