We’ve been having fab weather recently and as we were travelling to Perthshire again to visit our youngest son we thought we would set off early and squeeze in a visit to Elcho Castle on the way. I must admit that I had never even heard of Elcho until recently. It’s very far off the beaten track, unlike many castles which you can see clearly from roads. Elcho is a 16th century tower house, one of the best preserved in Scotland. It’s a combination of a keep and a mansion house, it was built for defence but by the time it was finished there was not much fear of it being attacked.

Elcho is miles down a narrow road and you think you’re never going to get to it, you even have to drive through a farmyard, but when you get there it’s definitely worth it as you can see. 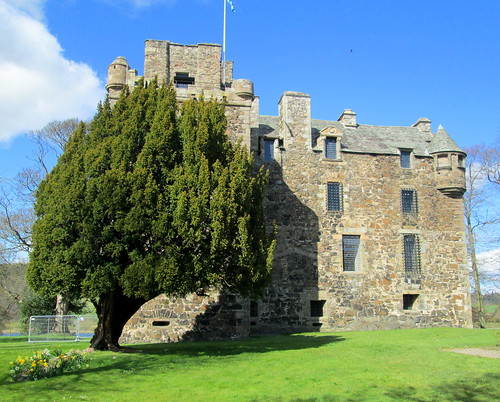 Elcho Castle still has its roof on although some of the internal floors are no longer in existence you still get a feeling of how it must have been in its heyday. 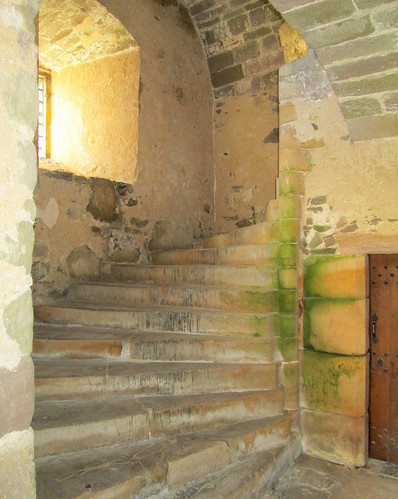 The photo above is of the main staircase which is quite a bit wider than in most castles of this age. There are a lot of much narrower spiral staircases all around the castle, those ones were meant to be used by the staff who weren’t supposed to use these ones. 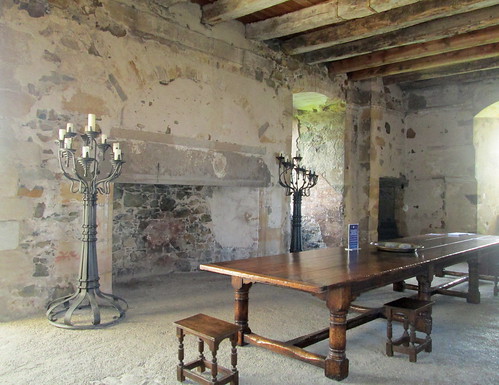 That wider staircase leads to the room above which is the grandest room, it’s full of light on a bright day anyway, it must have been lovely when it was all furnished, panelled and hung with tapestries.

And below is a view of the River Tay from the top of the castle. As you can see it’s a great location. The castle has always been accessed by river and road but given that the road nowadays is very twisty turny and narrow I think that most people and ‘stuff’ would have been taken to and from the castle via boat. 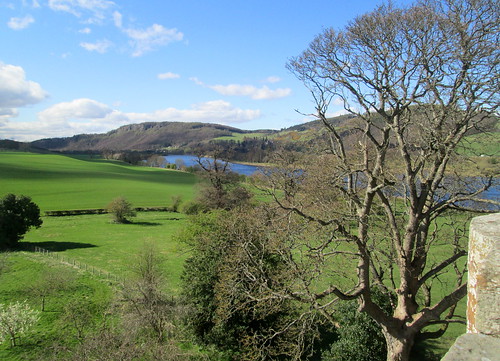 I have lots more photos to show you but I’ll leave that for tomorrow. If you’re interested in the architectural details of this building you can read more here.