I took the photo below in late September and I was quite impressed by how much colour there was in the garden, it was all looking quite ruby-ish with the Acers turning to almost the same shade as the lupins. 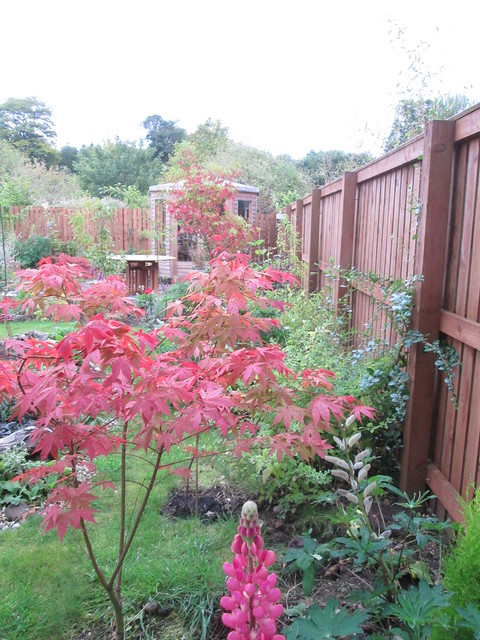 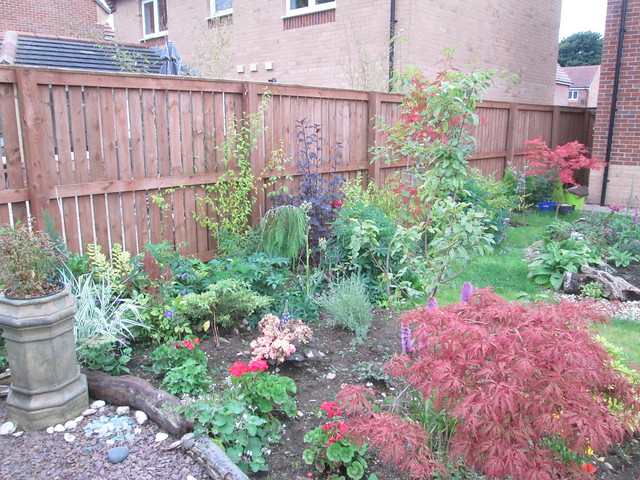 I aim to pack as many plants into the garden as possible, partly to make it less likely to be overtaken by weeds, but mainly because I just love plants and the more the merrier as far as I’m concerned.
The Liatris in the photo below have only just stopped flowering, despite the fact we’re now in November, they’re well worth growing as they’ve been flowering for months. 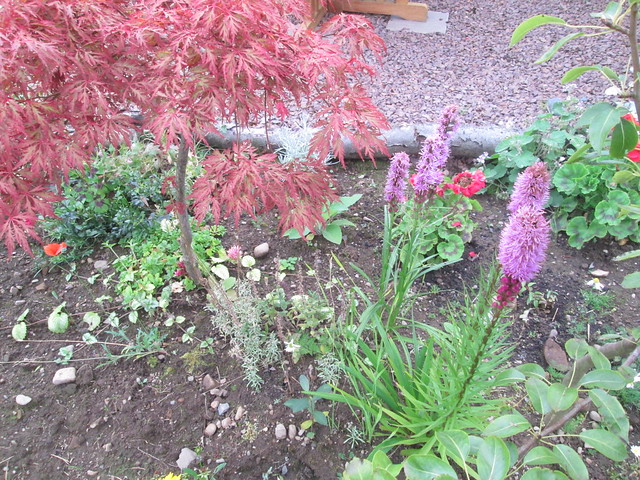 Below is a right mishmash of lupins, gardeners’ garters (the grassy one) blue geranium, pyracantha, vinca, astilbe, ferns, hosta, skimmia and a conifer. It could be quite congested in there soon! 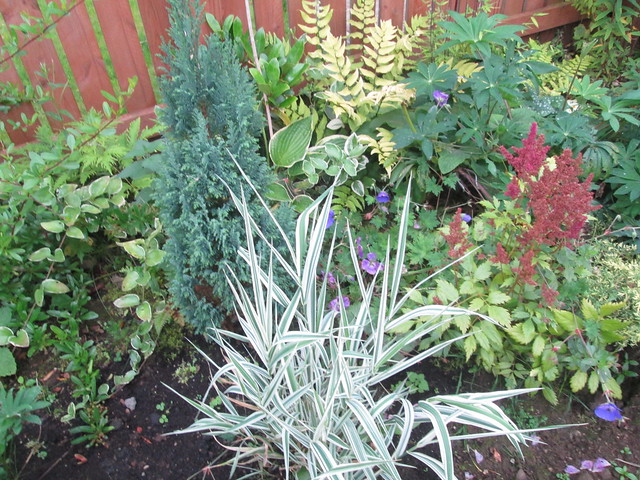 And below is the garden as seen from the guest bedroom window. It’s actually a bit different now as I’ve been cutting ino the grass again, a necessity after visiting Hill of Tarvit House plant sale recently. 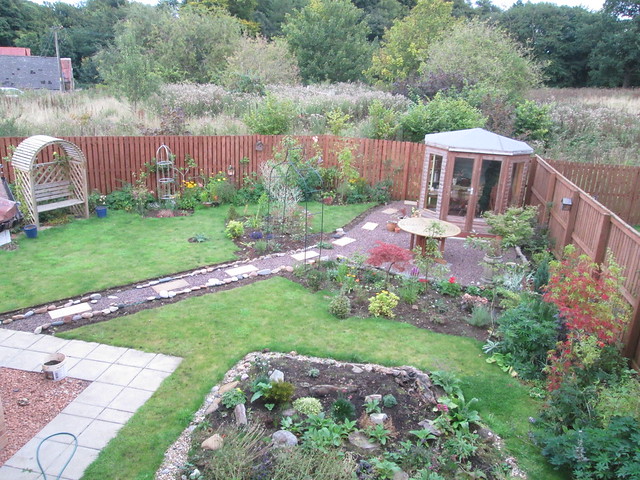 As you can imagine, the trees in the background look a wee bit different now that we’re in November, this photo was taken about four weeks ago so the trees are less leafy although they’re certainly not bare yet. We’ve been having great weather this Autumn which has gone some way to making up for the dreadful summer we suffered. But of course people are beginning to say – We’ll pay for this in the winter!! I’ve got to the stage in life where I can’t be bothered with all that Presbyterian negativity – just enjoy things and expect a mild winter, you never know – it might come true! 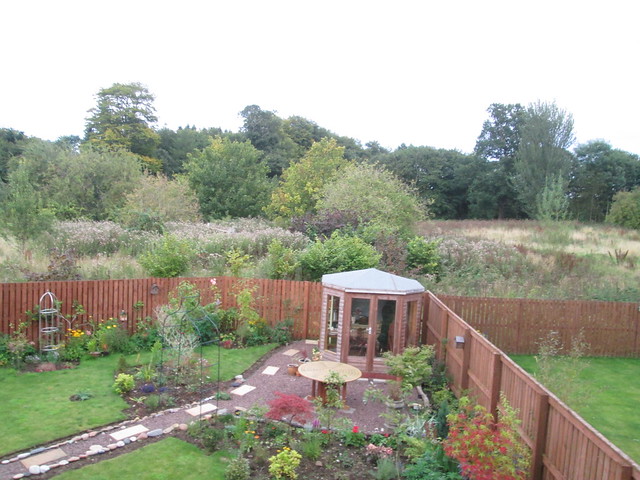 If you want a laugh have a look at the video I took of the garden this time last year, on the spur of the moment and whilst the garden was being buffeted by Hurricane Gonzalo. I swithered about putting it on You Tube because it was my first go at a video and it’s really terrible. I hadn’t thought beforehand what I might say, but it does give a vague idea of my garden, although it has changed quite a bit since then. At the end of it I mention my plans to have a pond in it but that has gone completely out of the window as I decided it was going to be a haven for midges and we had thousands of them descend on us one day last month – with virtually no water in the garden, so I don’t want to encourage any more visitations.