Just a couple of quickies: After the shocking news of David Bowie’s death which was swiftly followed by Alan Rickman’s, I was in need of something a bit cheery to read. Luckily I had got Jeeves in the Offing by Wodehouse from the library a few days before. It was published in 1960 and sometimes it’s titled – How Right You Are, Jeeves.

Bertie Wooster is amazed to read in The Times that he has become engaged to Roberta Wickham. She is a young lady with bright red hair whom he had previously had a dalliance with, but she was too much for him to handle. Jeeves had cautioned him: Miss Wickham lacks seriousness. She is volatile and frivolous. I would always hesitate to recommend as a life partner a young lady with quite such a vivid shade of red hair. (Jack might well agree with him on that!!) Bertie is perplexed, but worse than that – Jeeves is on holiday in Herne Bay, so Bertie is going to have to sort it out himself. This was the usual Wodehouse fare and went some way to lightening my mood, but not much.

When you were wee, did you read the Rebecca of Sunnybrook Farm books by Kate Douglas Wiggin? I certainly did, but more recently I’ve read her Penelope’s Experience books. 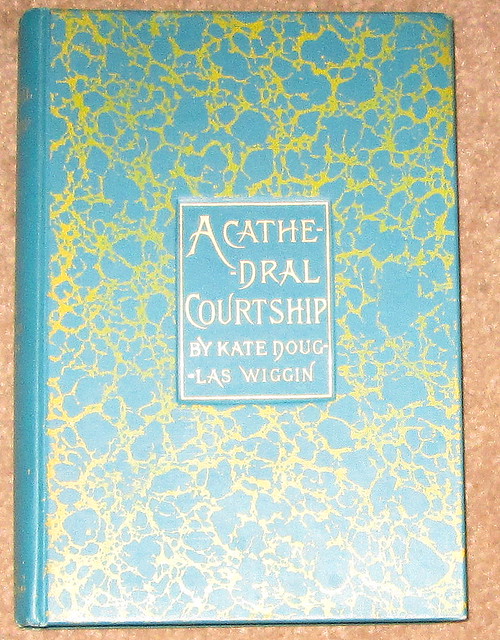 My edition of A Cathedral Courtship is from 1893 and it’s in astonishingly good condition, has very thick pages which are completely pristine, it looks like nobody has ever read it. Katharine Schuyler is a young American girl and she goes on a tour of English cathedral cities with her Aunt Celia. It’s quite entertaining and amusing, my copy also contains Penelope’s Experiences in England, an enjoyable read. You can obtain a lot of Kate Douglas Wiggin’s books from Project Gutenberg here if you’re interested.

8 thoughts on “Jeeves in the Offing by P.G. Wodehouse and a Cathedral Courtship by Kate Douglas Wiggins”