After suffering a winter which was about seven months long featuring several large dumps of snow, it seemed like we were never going to get to Spring, but when we got a few good days of weather everything began to come to life again, well almost everything, there were a few fatalities.

The result was that everything seemed to be flowering at once, as soon as the snowdrops stopped flowering the tulips began, and normally there would be about four months in between those varieties being in bloom. So below are a few photos that I took of my garden over the last week or so.

I’ve been amazed that the harsh winter doesn’t seem to have been a problem for the insect life. I think I’ve already seen more butterflies and bees than I saw all of last summer. These red admirals (I think that’s what they are anyway) have been enjoying the heather in my garden. 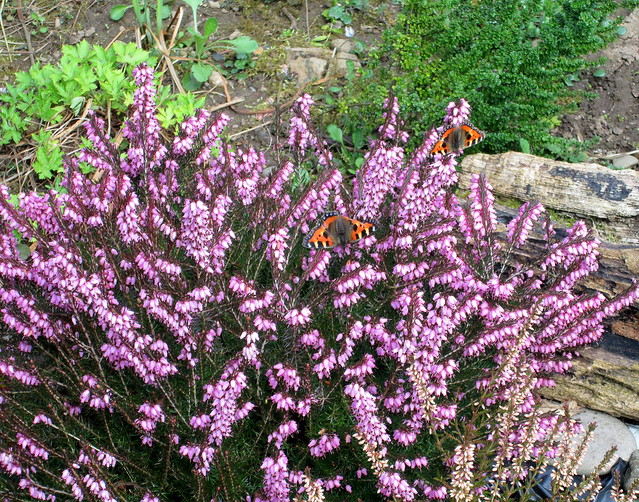 The ornamental cherry below is a recent purchase so I can’t claim any of the kudos for its lovely flowers, it’s called Brilliant and is a slow growing one. I’ve put some seeds in the bare ground in the photo, eventually I hope that all of the soil will be covered with plants, apart from anything else that should stop so many weed seeds from germinating! 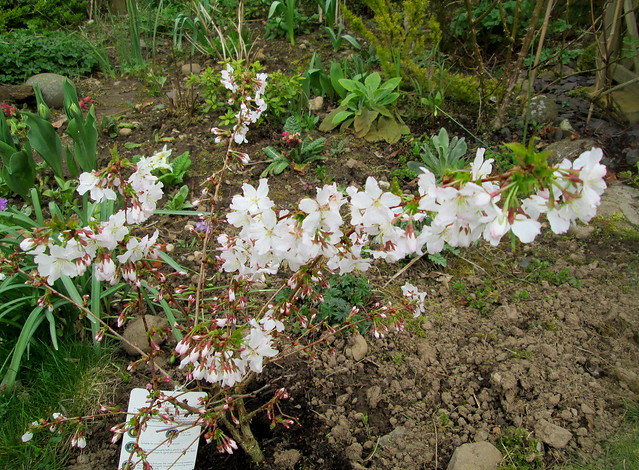 The ‘rockery’ area is filling up quite well. 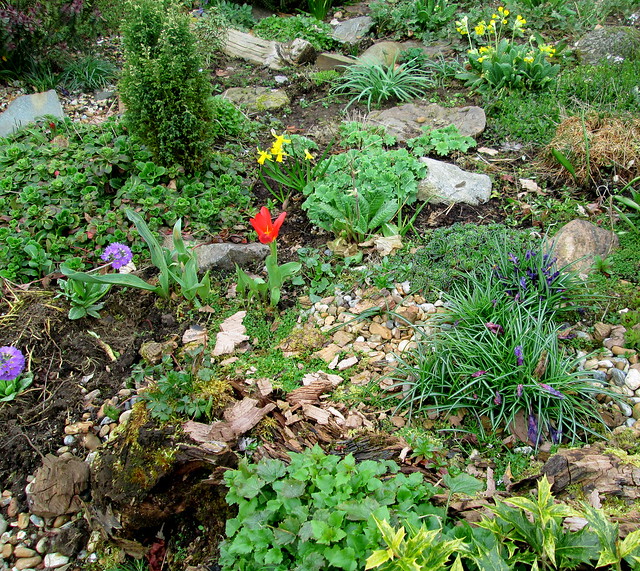 The primulas below are seeding themselves around the place. 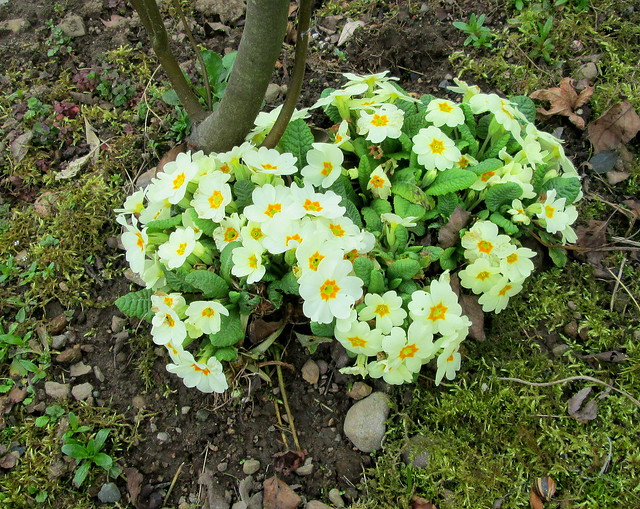 The area around the bench/pergola is still a work in progress, hopefully this will be the last of the grass that I have to dig up, it’s hard work. 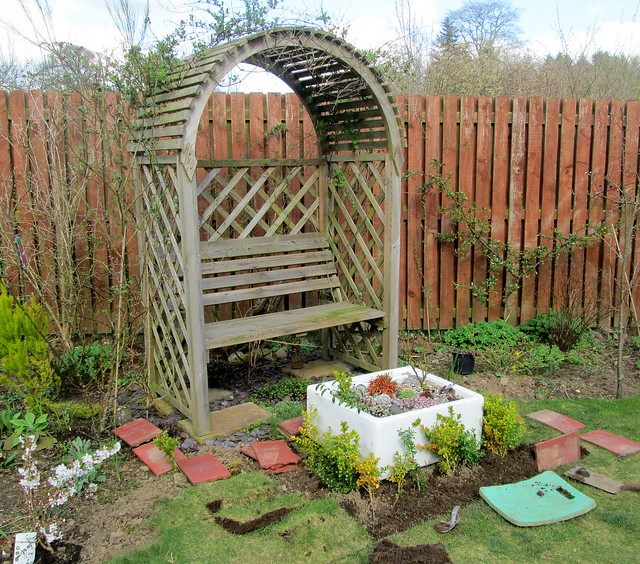 I’ll do another garden post next week – tulips and quince blossom will feature.

10 thoughts on “My garden in Fife, Scotland”