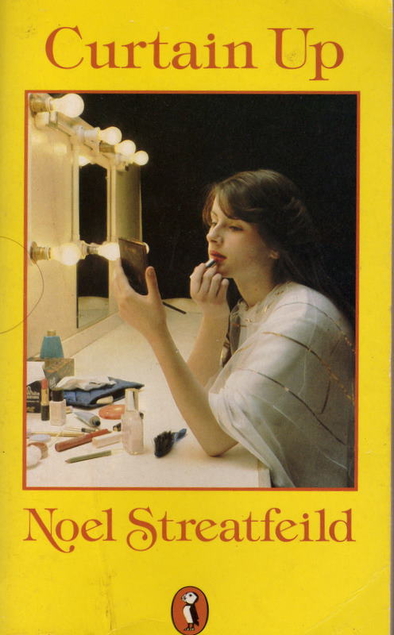 Curtain Up by Noel Streatfeild was first published way back in 1944. The island of Guernsey had been home for the three Forbes children Sorrel, Mark and Holly. Their father had retired from the Navy when their mother had died, but when war was declared their father had immediately re-joined the Navy and the children moved into their eccentric grandfather’s home. He is a clergyman who is far more interested in writing a book about the animals that appear in the bible than he is about the existence of his grandchildren.

When a telegram arrives saying that their father was ‘missing’ they live in hope that he has been taken prisoner and hasn’t drowned. But then grandfather dies and the children are sent to live in London with their mother’s family who are strangers to them. They’re devastated to be leaving their schools, the one stable thing in their lives.

This was quite an entertaining read which follows the main rule of children’s books – get rid of those annoying parents as quickly as possible. I can imagine that many of the original 1944 child readers would have been enthralled by the storyline which has the children eventually auditioning for BBC radio.

As you would expect – all’s well that ends well.

2 thoughts on “Curtain Up by Noel Streatfeild”