The Colour of Murder by Julian Symons was first published in 1957 but British Library Crime Classics reprinted it in 2018. It has an introduction by Martin Edwards.

John Wilkins sort of drifted into marriage with May who came from a rough background and is a determined social climber, but as wives go – she’s cold and materialistic. Unfortunately John’s family’s wealth is in the past and he’s working in the complaints department of a department store in Oxford.

When John goes to the local library to change a library book he falls for Sheila the new young assistant, and becomes somewhat obsessed by her, almost immediately he’s wishing that May didn’t exist. John has given up just about everything that he enjoyed doing before he married May, she just wants to play bridge and disapproved of him being a member of the tennis club. Sheila is a member of the club so he starts playing tennis again and eventually gets a date with her, of course Sheila doesn’t know he’s married.

It’s all going to be very messy, but not in the way that most readers would have anticipated.

I’m not sure if it’s just that I’ve read too many vintage crime books recently or if this is a particularly predictable book, but I knew what was going on as soon as there was a murder – and that’s always a disappointment.

I was particularly annoyed because I read a book by Symons called Bloody Murder which is his thoughts on a lot of vintage crime fiction writers and he fairly tore into a few of them. He really didn’t rate Elizabeth Ferrars at all, but I think all of the books I’ve read by her have been better than this one. The cover is good though as ever from British Library Crime Classics. It has been taken from a 1930s holiday poster advertising the south-east of England holiday resort of Brighton in East Sussex.

Last week we took advantage of a gorgeous blue sky day to visit Branklyn Garden in the ‘fair city’ of Perth – the original one of course, not the one in Australia which is what usually pops up if you google ‘Perth’. 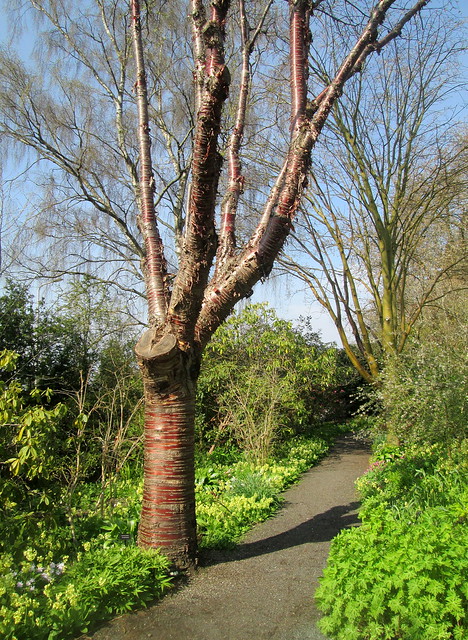 I’m sure that this tree is a type of cherry but there was no sign of any blossom on it – it has fantastic glossy red bark though. 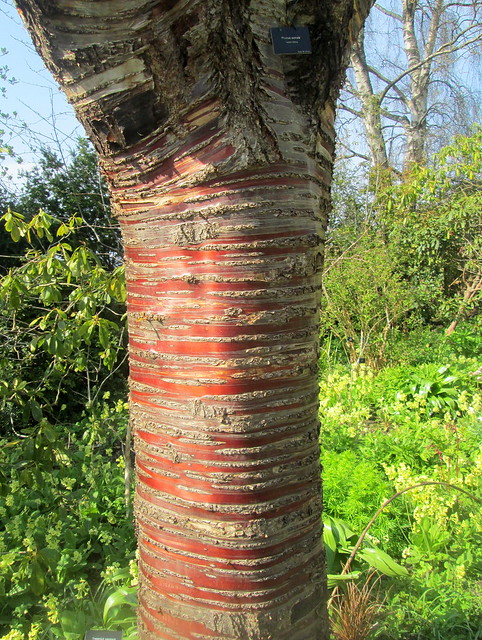 The gardens aren’t huge but they’re just perfect for having a relaxing stroll around and you can have a sit down or even visit the very pleasant tearoom. 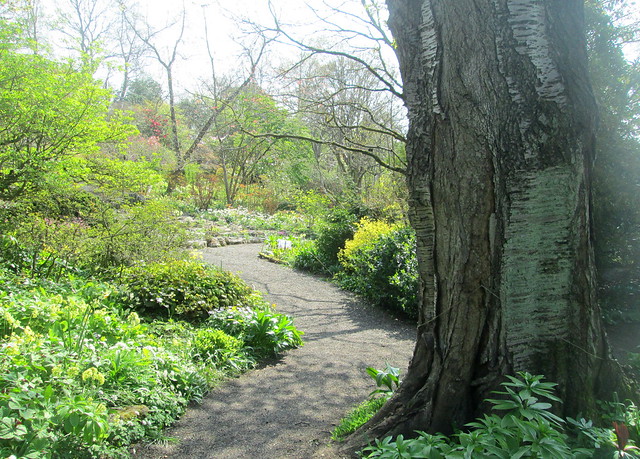 This is a hillside garden which is owned by the National Trust. It’s just two acres and it was created in the 1920s using seed collected by plant hunters. 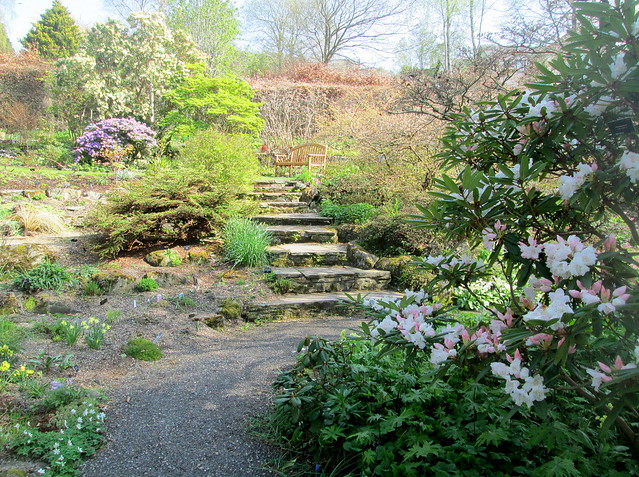 There’s a pond which is fed by a wee waterfall. 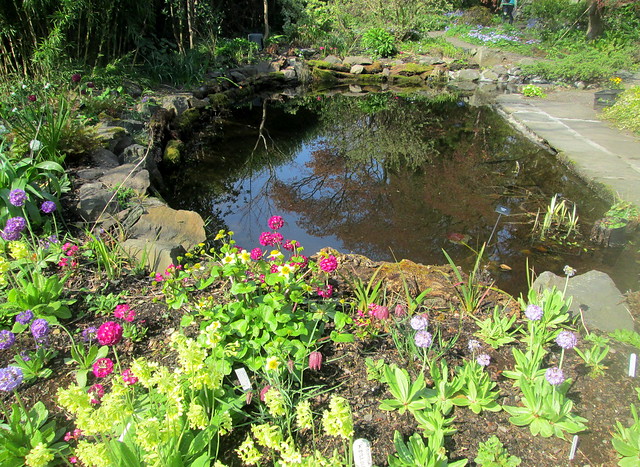 The azaleas and rhododendrons were looking perfect. 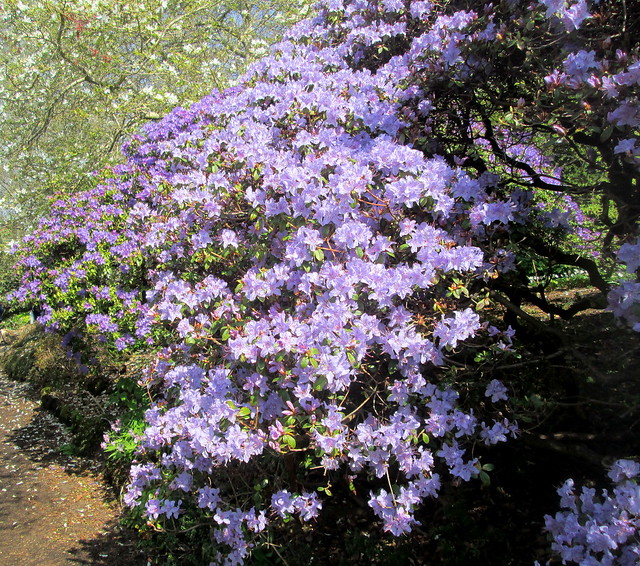 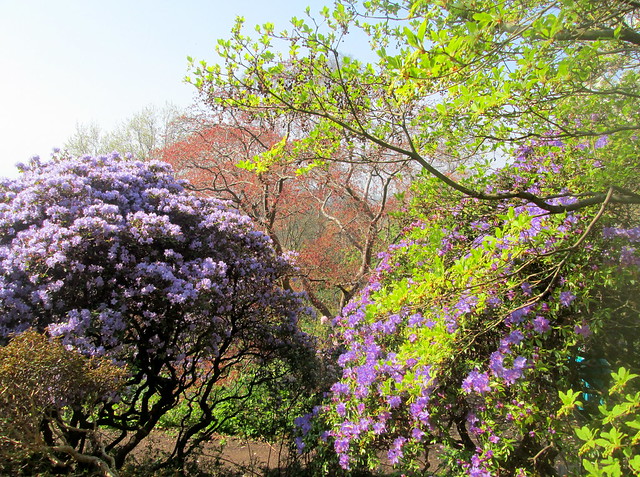 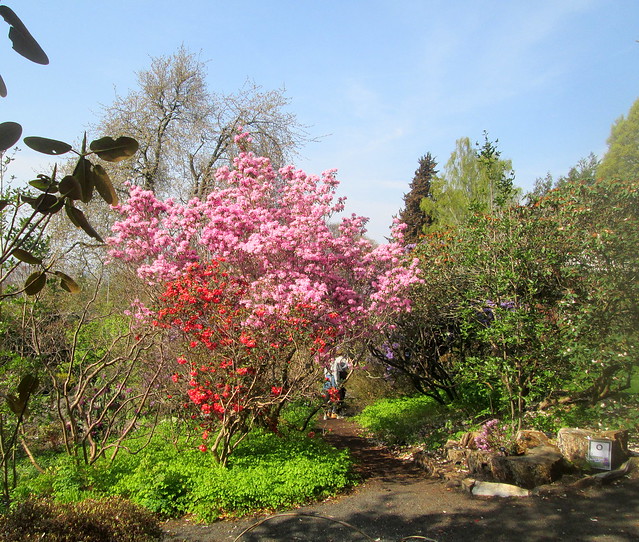 And you get a good view of Perth from the garden. It’s just a short drive from the city centre. 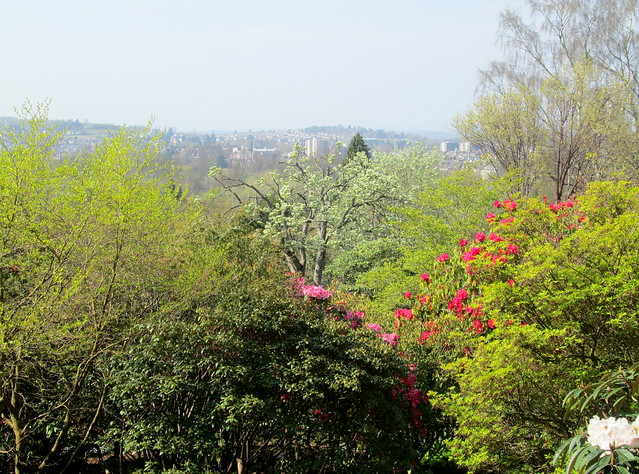 Lastly, you can just catch a glimpse of the house which was built by the original owners, but it isn’t open to the public. This is a lovely place to visit if you’re near Perth, and you can always buy plants there which have been propagated from plants in the garden. 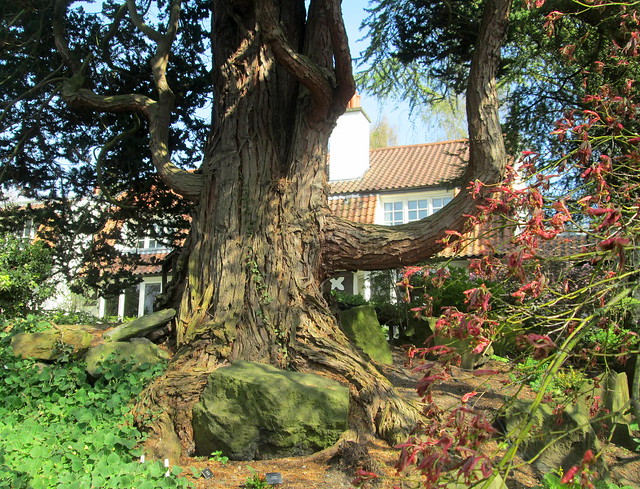 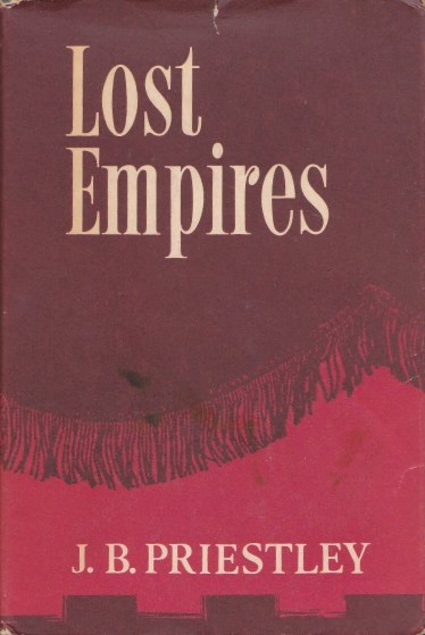 Ages ago I decided to take part in The 1965 Club which is being hosted by Kaggsy’s Bookish Ramblings, but I got mixed up with the dates and read a book a month too early, so if you are interested you can read my thoughts on what should have been my first read of the week The Looking-Glass War by John le Carre.

Previous books from 1965 that I’ve read are:

The Town in Bloom by Dodie Smith

Airs Above the Ground by Mary Stewart

I’ve just finished reading The Mark of the Horse Lord by Rosemary Sutcliff and I’ll blog about that one tomorrow.