We got a ferry from Houton to Lyness on Hoy, there’s a military museum there and a cemetery, both within easy walking distance of the ferryport, which is just as well because we had to go as foot passengers. We hadn’t realised that the car ferry was so small and you have to book up a few days in advance to make sure of getting on to it.

A yacht in Scapa Flow, Hoy behind. 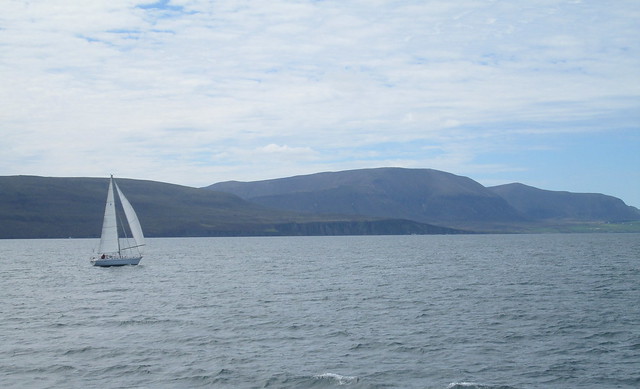 This area was very strategic during both World Wars of course and Scapa Flow is famous as the Germans scuttled their navy there at the end of World War 1. That turned out to be quite handy eventually as the metal from the wrecked ships has been very useful due to the fact that it hasn’t been contaminated by the radiation from nuclear bombs that were dropped on Japan towards the end of World War 2 and subsequent nuclear tests. NASA used the metal to make instruments for experiments in space – something like that anyway! 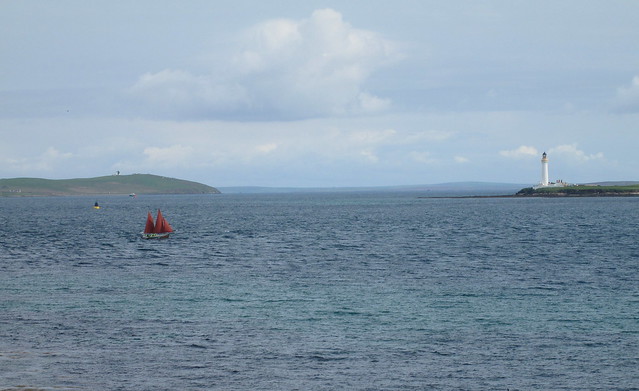 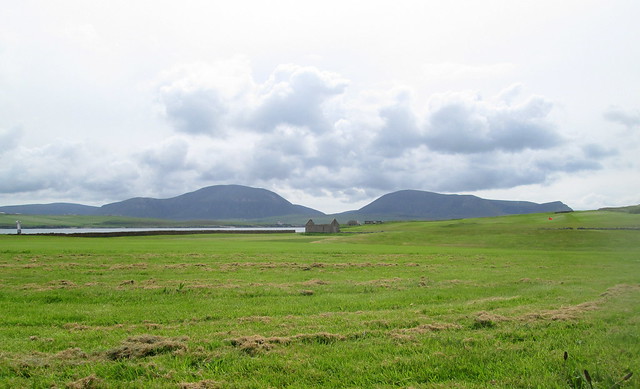 If you want to see photos of the War cemetery on Hoy hop over to Jack’s post on Lyness Naval Cemetery.

In the cemetery there is also a Memorial to HMS Hampshire, the ship in which Lord Kitchener died.

At the beginning of June we had a week’s holiday on Orkney, the first time either of us had visited those islands. Even the trip over on the ferry was quite exciting, although as usual whenever I’m on ‘wild’ water it was a flat calm! It was also a wee bit misty. 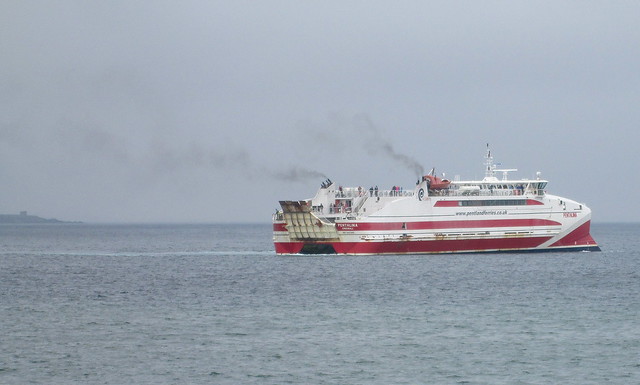 Stroma in the photo below is one of the islands between Caithness and Orkney. 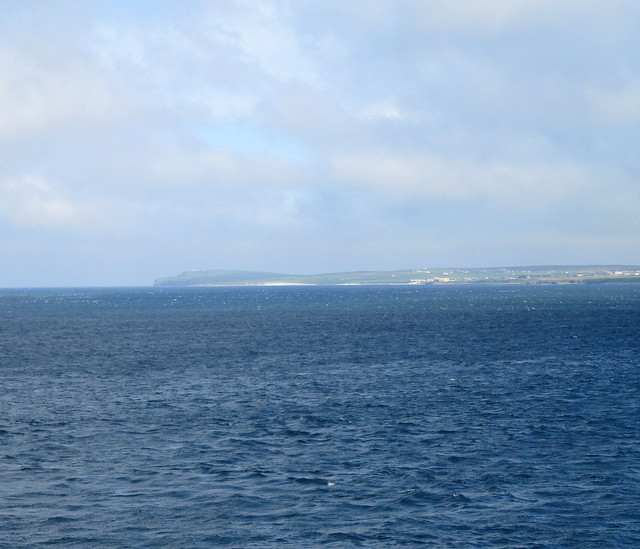 Below is a photo of Stroma cliffs and some abandoned houses. 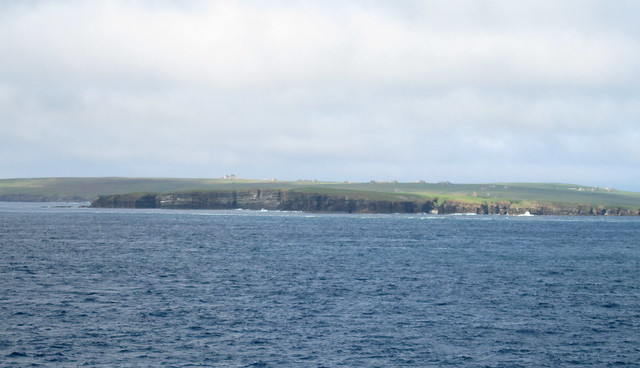 Stroma lighthouse is now automated as are all of our lighthouses nowadays. 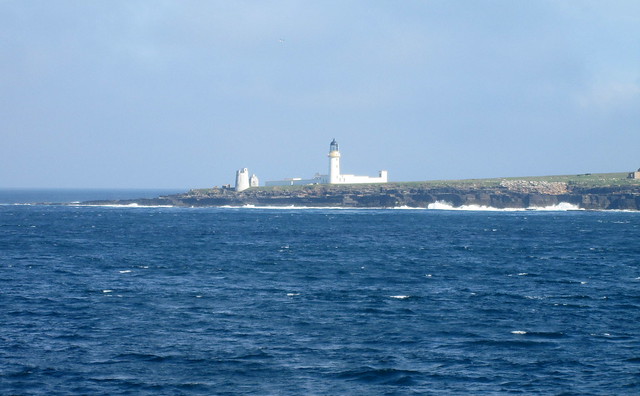 You can still clearly see the fortifications that were built on the Orkney island of South Ronaldsay below. Orkney was a very busy place during World Wars 1 and 2 due to its strategic position and relatively safe anchorage in Scapa Flow. It wasn’t a popular posting for the sailors and soldiers but the women of the islands were glad to see them, it was their passport off to somewhere ‘more exciting’ for many of them as they married servicemen! 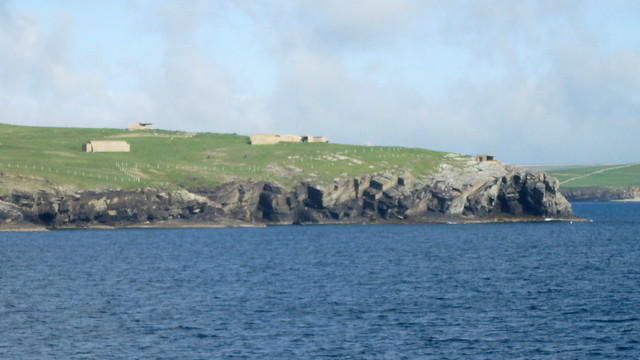 The ferry gets in at Saint Margaret’s Hope, the third largest settlement in Orkney and before you know it you’re off and driving across various islands via causeways. We were on the road to Stromness and our holiday rental cottage. 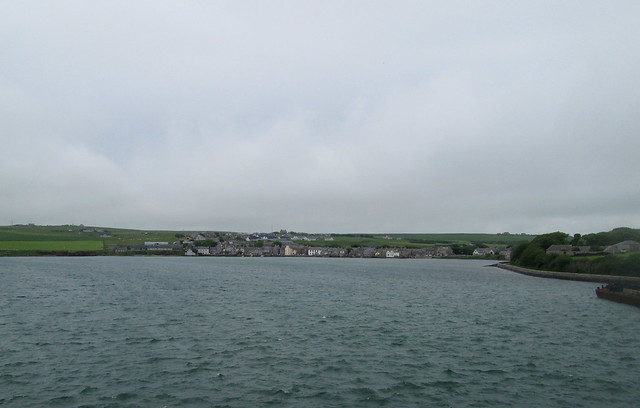 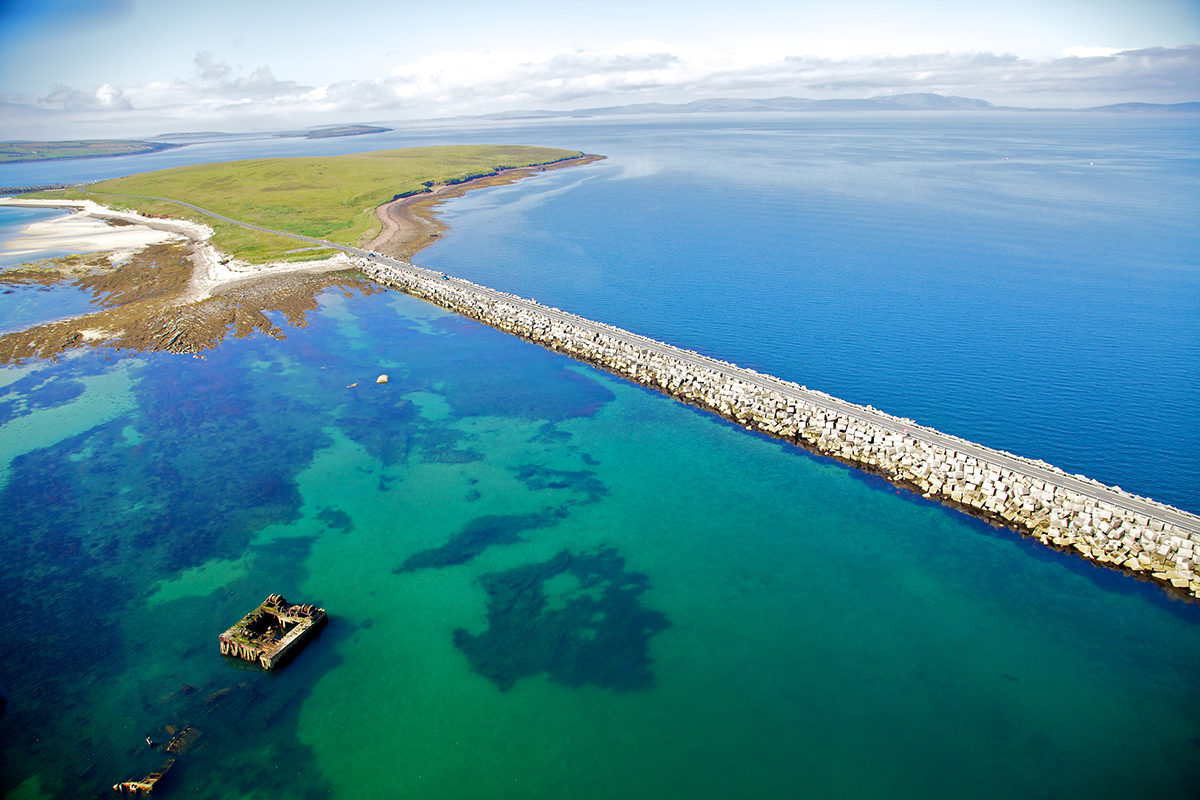 One of the places we hope to visit this year is Orkney, doesn’t the photo of Scapa Flow above look great?! It’s all incredibly historic, or maybe I mean pre-historic.

The photo below is of Skara Brae, I’ve wanted to go there for years even although I thought it was just what you can see in the photo, but last week I saw it on TV and the site is much bigger than this. The dwellings are 5,000 years old. 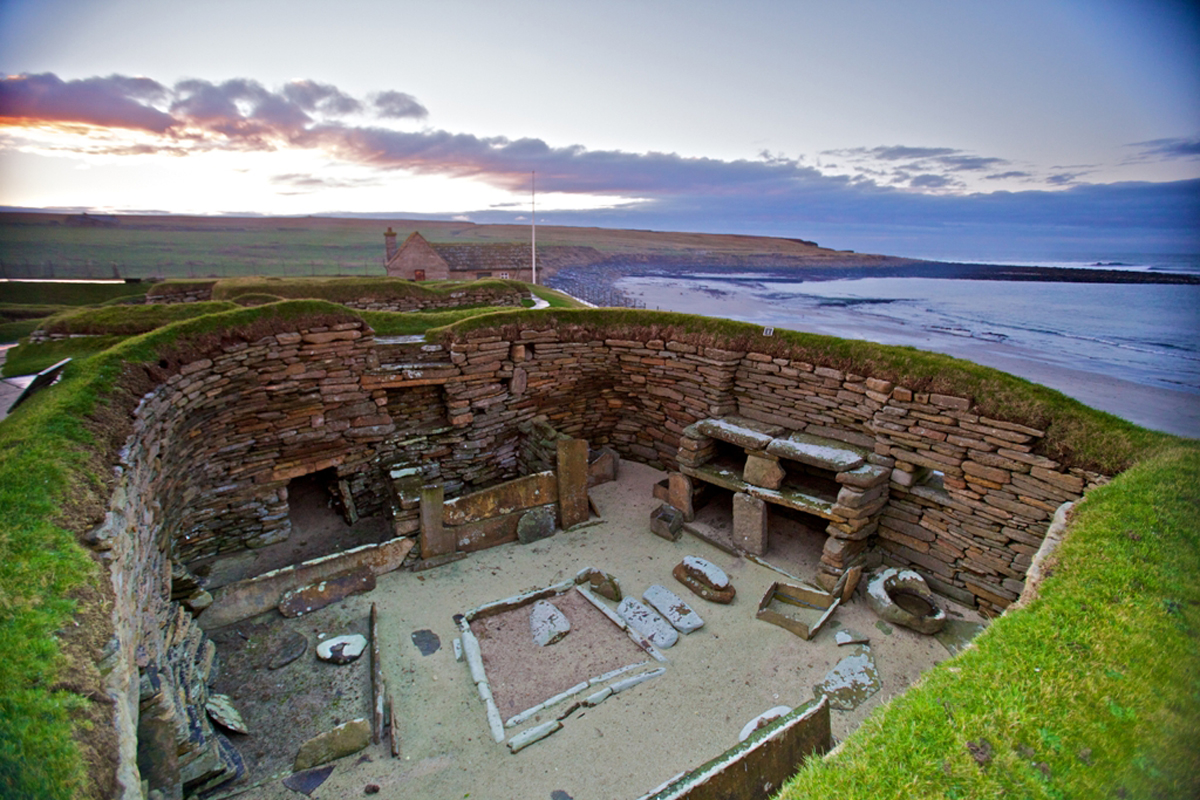 You can see lots more photos of Orkney on Visit Scotland here.