I was lucky enough to get a couple of 1,000 piece jigsaw puzzles as Christmas presents, and as the Christmas festivities were very low profile indeed – it was just me and Jack on the actual day – and there was absolutely nothing worth watching on TV, it wasn’t long before we broke into the first puzzle which as you can see is a John Tenniel illustration from Alice in Wonderland, produced by the British Library. 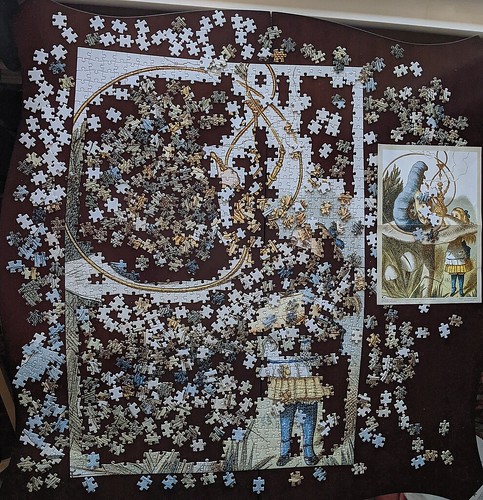 I think Tenniel’s illustrations are the best, but all that cross-hatching made this a fiendish puzzle to complete. Believe it or not I found all the white areas to be easier to deal with, at least I didn’t go cross-eyed with those bits. 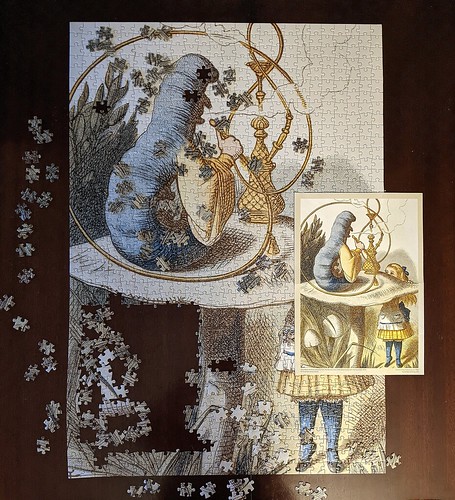 As ever though there was a huge feeling of accomplishment as we fitted in the last piece, indeed we each put a finger on it and we slid it in together. It’ll be a wee while before we tackle the next one though! That one is an image from Vincent van Gogh’s Sunflower series. 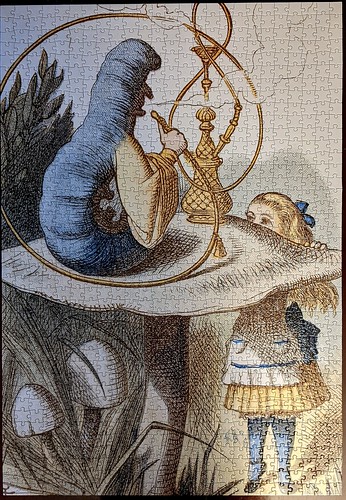 10 thoughts on “Tenniel’s Alice in Wonderland – a Jigsaw Puzzle”