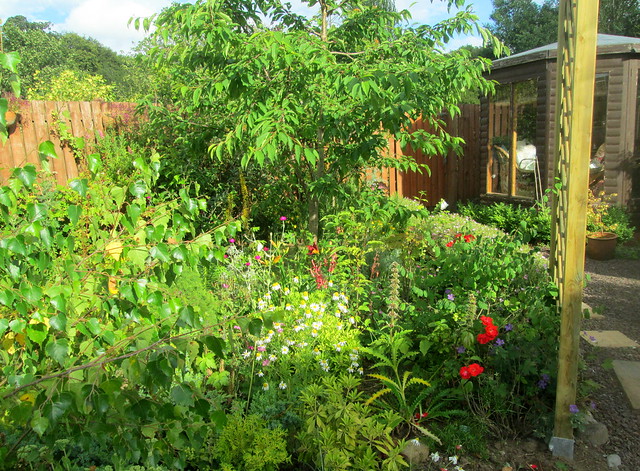 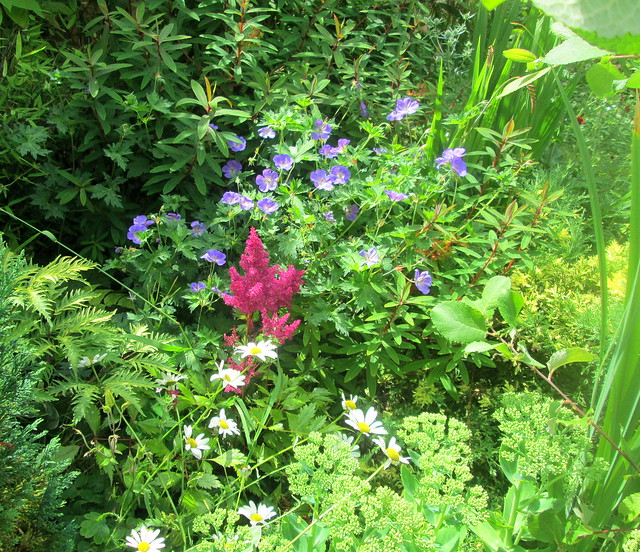 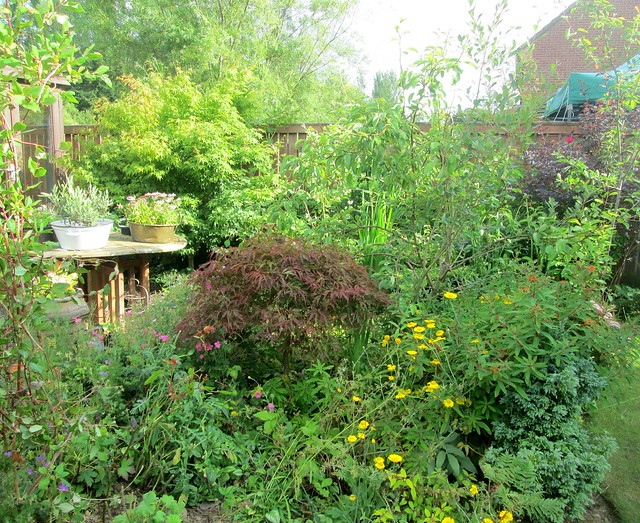 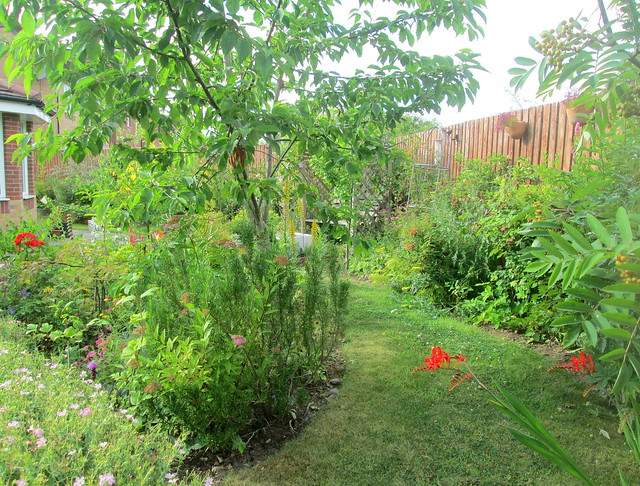 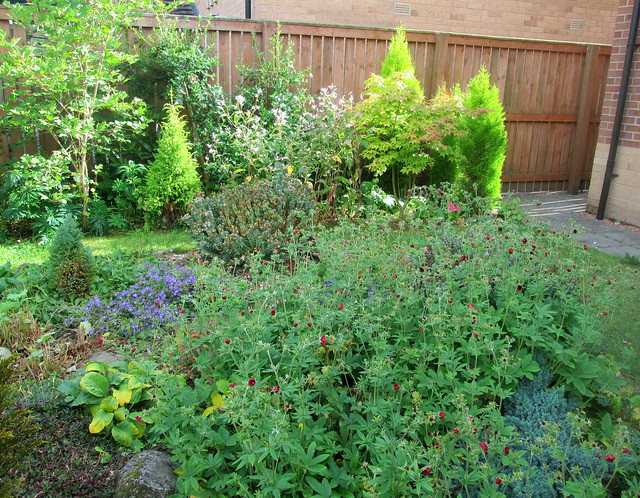 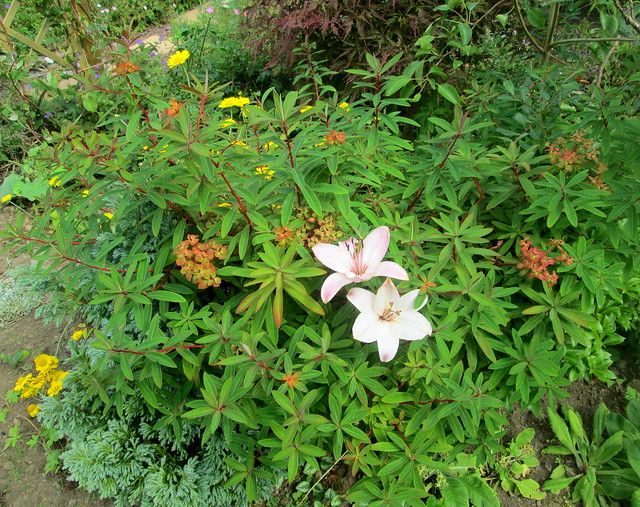 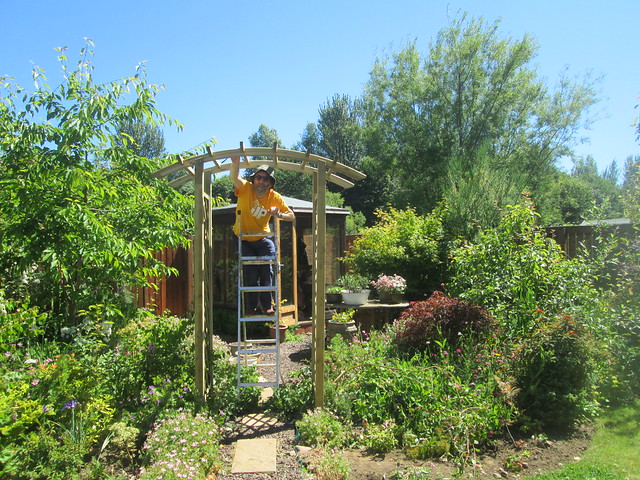 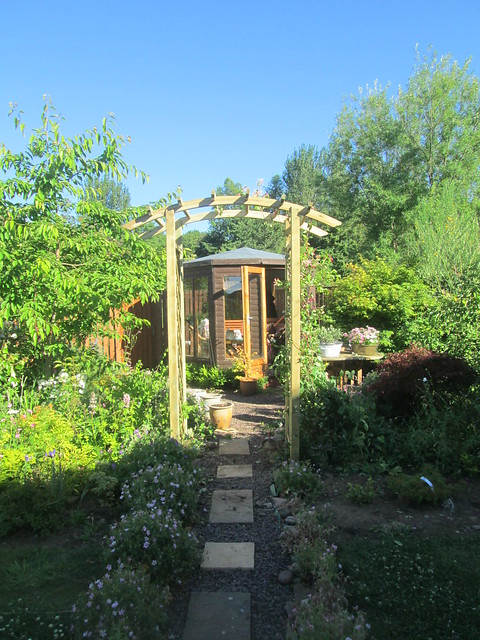 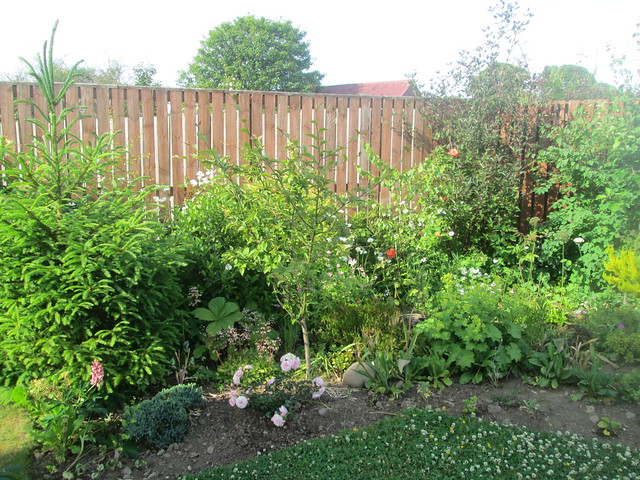 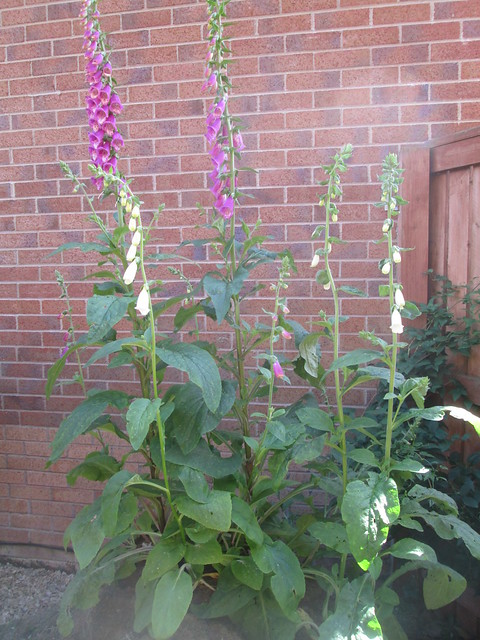 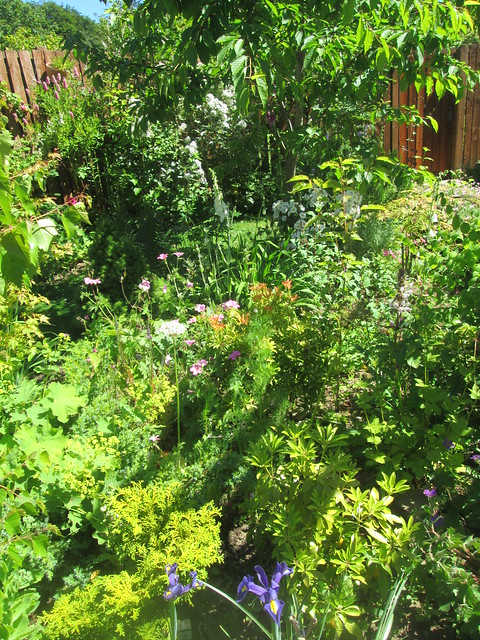 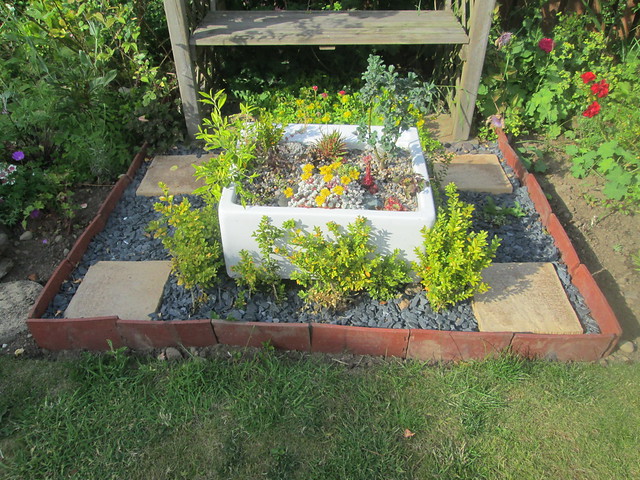 I thought you might like to see how the garden is progressing. As always, nothing is pristine, there always seem to be buckets and such in the background but it’s the plants that matter to me. Thinking about it, I have the same problem in the house, nothing is pristine but heigh-ho, who cares, not me!

Below are some lupins and sorbaria. 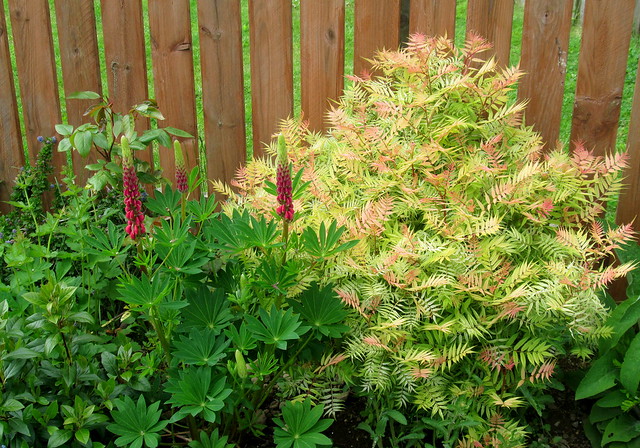 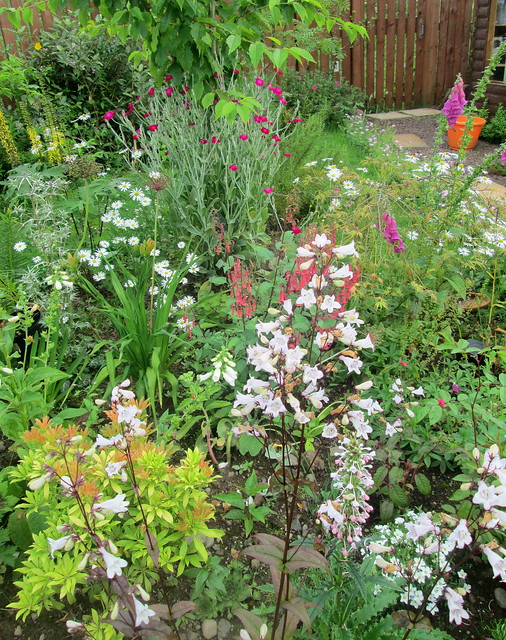 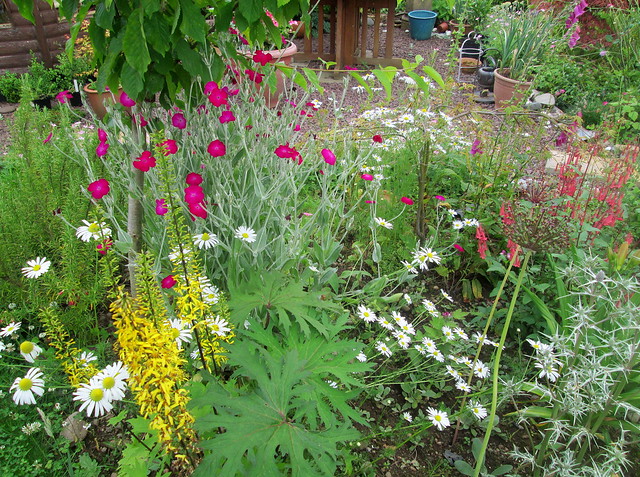 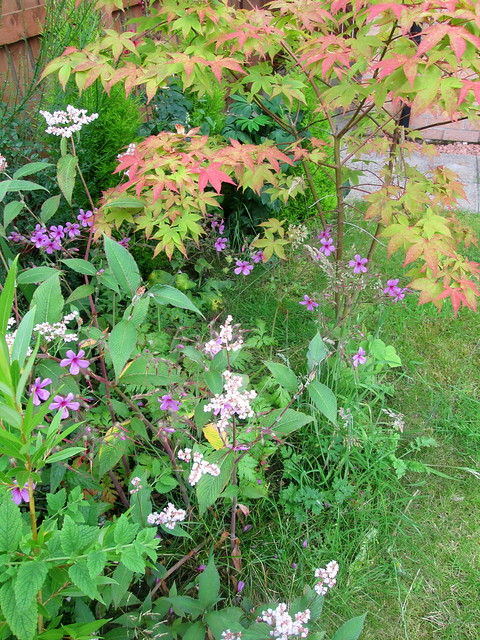 Below is a photo of the flowers underneath my garden bench, stonecrop, alchemilla mollis and clematis. 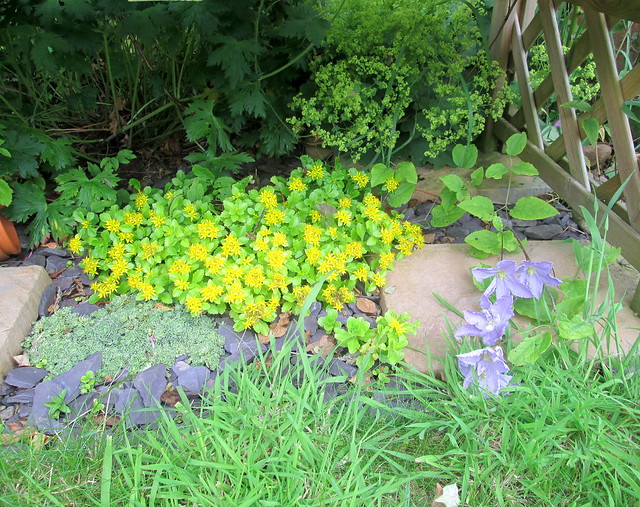 Below is a photo of my favourite rose, I still haven’t found out what it is called and I can’t even remember where I bought it, which is so unlike me. Plants and book purchases usually stay in my mind forever, so it’s particularly annoying that I am clueless about this rose. 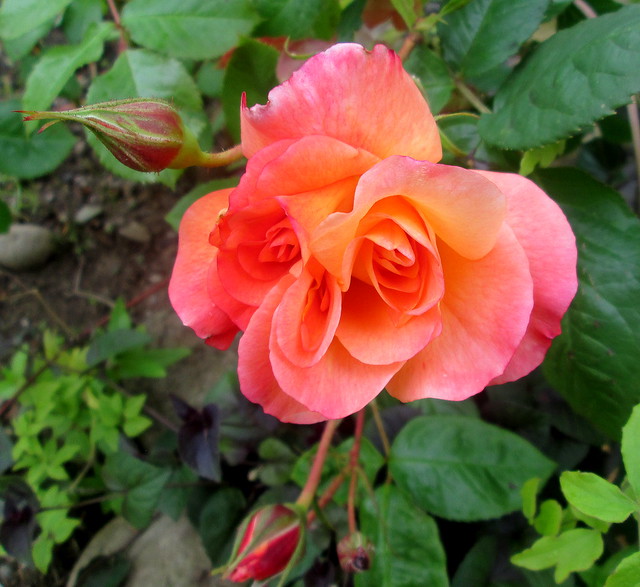 The photos were taken in the last week of July.