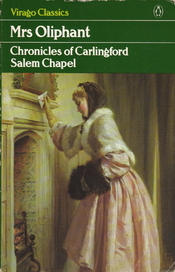 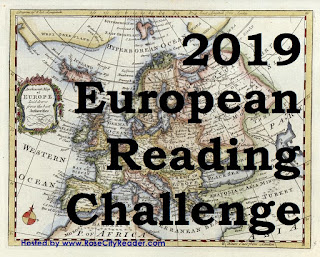 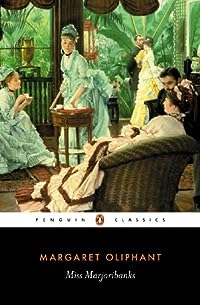 Miss Marjoribanks by Margaret Oliphant has been languishing on my Classics Club list for years, it was definitely about time that I got around to reading it, and I’m so glad that I did, it’s so well written. This book was originally published in 15 parts in Blackwood’s Edinburgh Magazine in 1865-66. Margaret Oliphant was Scottish, born in Wallyford, near Edinburgh. In case you don’t know – the Scottish surname Marjoribanks is pronounced Marchbanks and indeed by the end of the book Marchbanks does appear – in the shape of an estate and village.

It begins when Miss Marjoribanks, known as Lucilla to her friends is only fifteen years old, and her mother has just died. Lucilla was away at boarding school at the time but she has decided that she will leave school and concentrate on being ‘a comfort to her papa’. Papa is a popular local doctor and he succeeds in making Lucilla go back to school to finish her education, including a finishing year in Switzerland and Italy. By the time Lucilla gets back to her home town of Carlingford she’s raring to go.

She’s a managing sort of female and quickly takes control of the household. She gets the decorators in to transform the drawing room where her mother had died, making sure that the walls are the perfect shade of green to complement her own complexion and re-upholstering the sofa where her mother had died. She couldn’t be called good looking and she’s a bit on the heavy side, but her father is well off and she intends to stay at home with him for at least ten years before getting married, after ten years she thinks she’ll begin to ‘go off’. She very quickly develops what would be called in London ‘a salon’, with every Thursday night an open evening for the local society and very good dinners being served to them, no wonder she becomes very popular. The house becomes the centre of Carlingford society and Lucilla seems to have an abundance of common sense which helps her to manage everyone which could be very annoying – but somehow isn’t.

To begin with it’s her intention to stop any men from ‘speaking’ (proposing marriage) but over the years just as she thinks that the big moment is coming from various eligible bachelors – it doesn’t, and before she knows it her ten years of self-imposed spinsterhood are almost up and she’s sure that her best days are behind her.

To begin with I wasn’t too sure about this book but I really ended up loving it. Miss Marjoribanks’s thoughts and comments often seem so modern. Men were often seen as being rather inadequate and far from perfect and I really had to laugh when she met up with an old favourite from the past and realised that he had definitely ‘gone off’ far more than she had over the years.

Jack read Miss Marjoribanks before I did and you can read his thoughts on it here.

I agree with Jack that Miss Marjoribanks would make a great TV dramatisation and would be such a change from the seemingly constant re-makes of Charles Dickens and Jane Austen’s works. It’s about time that TV producers branched out to the less well known writers of the past, but I suspect that they never actually read any of them. 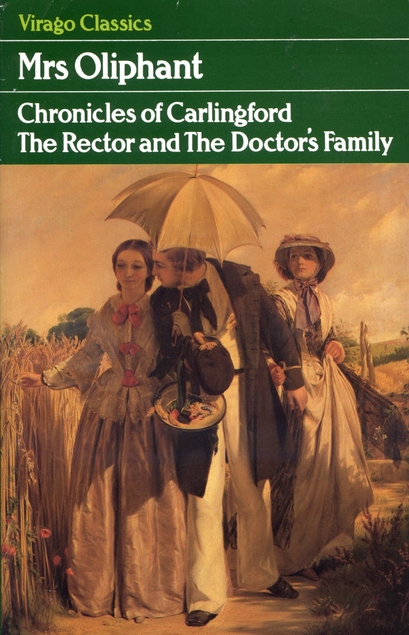